Chris was born with Spinal Muscular Atrophy, a progressive neuromuscular condition that causes muscle deterioration and has caused Chris to use a power chair by the age of 15. The challenges caused by this and the subsequent barriers he faced socially have led to a determined and creative mindset that has been an asset in all aspects of his life.

Chris' career began in the construction industry where he worked in multiple managerial roles for 20 years. During this time, Chris began to study at the Open University where he obtained a first-class honors degree in psychology that allowed him to become a member of the British Psychological Society.

Chris then became a founding member of the accessible company Accomable to help build the company to a point where it gained recognition and was eventually purchased by the travel giant Airbnb. This resulted in a move to Disability Horizons (an online disability lifestyle magazine), during which time the idea and the foundations for The Purple Goat Agency were laid down. Chris became a founding member and is now an integral part of this unique and industry-leading agency. Chris is also a husband and father which is definitely one of his greatest and most enjoyable challenges so far.

Chris manages accessiBe’s campaign with Purple Goat Agency which involves influencers with different disabilities who are calling to bridge the web accessibility gap now. Showing how people with a wide range of disabilities browse the web raises the awareness of those who build websites to make them more inclusive. 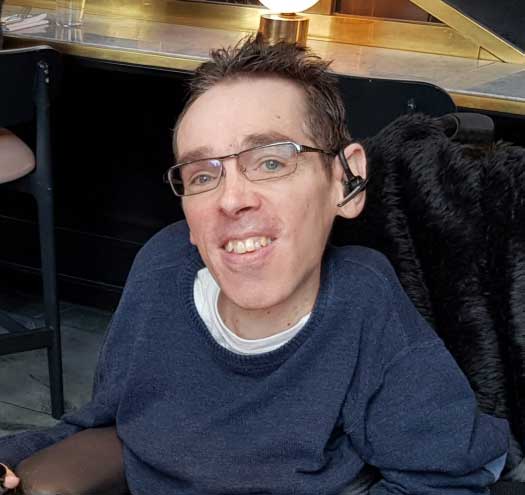 Find out now if your website is ADA  & WCAG  Compliant