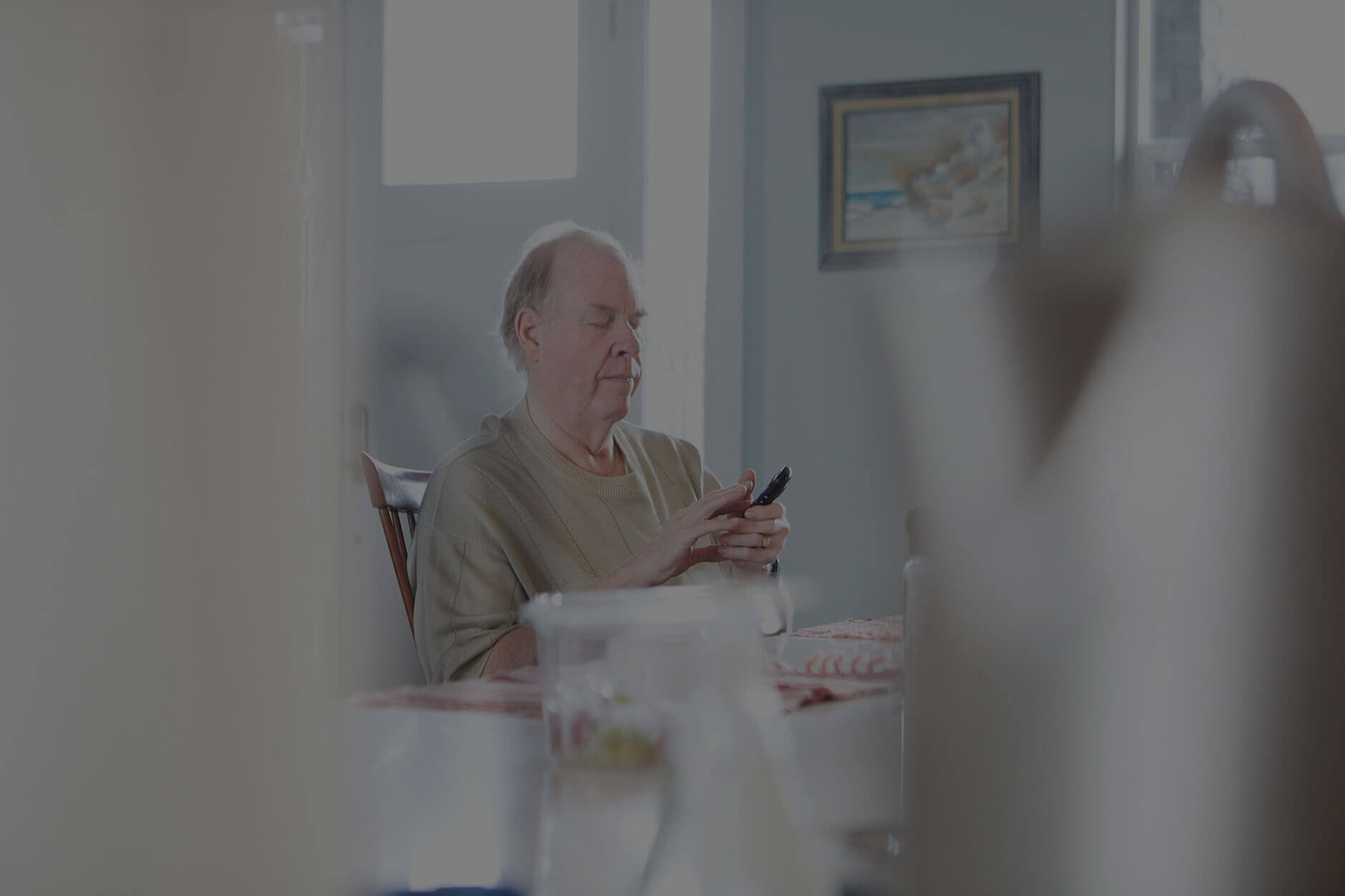 When I was a high school freshman, I had an amazing General Science teacher, Mr. Dills. He loved to come in many days and either give us unexpected tests, not necessarily about science, but rather to make us think about one thing or another. He tested our abilities to observe and draw conclusions. He also came in sometimes and told us interesting stories, just to make us think.

One day, for example, he entered the classroom after we all arrived and told us a story of a teacher who, one day, came into a class and wrote a word on the chalkboard. As this was the class final exam he told the class that they had two hours to write their responses. Mr. Dills told us how the students began to furiously write on their papers. One student looked at the board, thought for a moment, wrote something on the exam paper, and then handed it to the teacher and left the room. When grades were announced, this particular student was the only one to get an A in the class. Mr. Dills then wrote the mysterious word on the board. The word was “why”. The student’s answer, “why not?”.

All too many on this earth choose not to envision or at least envision deeply. Many don’t care about what our future, especially our technological future, might hold. We live only in the here and now and, frankly, refuse to accept tangible evidence of new technologies until we are beaten over the head with them through their proliferation through society. Let’s face it, however, we as the race of human beings are a technological group. We invent things. We look for ways, using technology, to make our lives easier and better. Even so, often there is much opposition to what inventors do until the naysayers have no choice but to be dragged kicking and screaming into advances. Many of these less than forward-looking individuals seem to be saying, why do we need to change? My answer is, why not especially if change improves our lives?

Did you know, for example, that during the Revolutionary war there was a submarine called the Turtle? Have you heard of a Confederate submarine during the Civil War and the United States called the Hunley? Submarines weren’t recognized by many until Jules Burns 20,000 leagues under the seat were published which not only showed us an advanced submarine but it advanced power mechanism and other visions into the future. Today, Jules Burns Nautilus is somewhat antiquated, but the technology from his submarine did come into existence and we have made even more advances.

Most people grouse about the horseless carriage, or automobile, when it started driving on horse trails and through towns, scaring the animals. Nevertheless, over time, more and more people got a taste of what the car could bring to all of us, and finally, Henry Ford made it so easy to construct motor vehicles that people had to accept what was coming.

I have had the honor, the joy, and the pleasure of seeing firsthand some major technological advances. I had the opportunity, in the 1970s, to work alongside Dr. Raymond Kurzweil as he developed and brought into being the Kurzweil Reading Machine for the Blind using totally innovative and new software technologies. His machine was the first device that could look at a page of characters, typed, printed, or both on the same page, and recognize the characters. They chose to, as his first use for the technology, make a machine that would read print allowed for blind people. When Ray was first seeking funding to perfect and market his machine, he was greeted with incredible amounts of skepticism. Finally, the National Federation of the Blind gave Ray a chance to prove his technology. The rest, as they say, is history. His machine worked. Dr. Kurzweil and the National Federation of the Blind developed a partnership that led to securing funds to bring his machine to the world.

I was hired in the early stages to direct the project for the National Federation of the Blind to place several of Dr. Kurzweil’s machines around the country for blind people to use in order that we could get the best input for Ray concerning the teachers that needed to be incorporated in his machine. Even as the machine was being developed, many said it would never be practical because it cost too much money. Yes, in the beginning, the machine cost $50,000. For heaven sakes! It was a prototype. The first few machines were not mass-produced and did cost a lot. However, Ray Kurzweil had a vision, and as technology advanced his machine costs went down and the price went down. Over time more and more blind people were able to acquire machines or at least gain access to them as agencies and organizations purchase the machines.

Sticking with the theme relating to blind people, in 2015 I was approached by the founders of a company called Aira Tech Corp. to help them bring their new technology to market and to help create a deep philosophical grounding for the company in the blindness world. The product, Aira, is what is called a “visual interpreter”. The way it works is that blind and visually impaired individuals can activate an app on their smartphone which connects them to an especially highly trained cited agent. The agent uses the camera on the user’s smartphone to observe the blind user’s surroundings, documents, or whatever the user wants to explore that visually is unavailable to them and then the agent describes what is required in a meaningful and relevant way so the user can accomplish whatever task is called for. The product was met with great skepticism in the blindness world. Quote, we don’t want to rely on eyesight. We need to do things for ourselves.” The problem with this argument is that there certainly are things that are visually unavailable to us no matter how hard we try to interact with them. Touchscreens, so long as we're dealing with technology, are good examples. Over time, most blind and vision-impaired people have come to recognize the value of Aira.

If you use an iPhone or an Android phone you can turn on accessibility features should you require them? Apple was the first company to mass-produce and gain acceptance for its products in the blindness world by putting in, free of charge, relevant features including making it possible for blind users to interact with the iPhone’s touch screen. Every iPhone today and every Android smartphone offers access to blind people requiring text to speech to interact with these devices.

accessiBe is on the front lines of assistive technology

In January, I was asked to assume a leadership position with accessiBe. I learned that one of the ways the founders believed that I could assist the company was to help make the world more aware of what accessiBe was doing. I learned that in fact most of what the naysayers and negative people were saying about accessiBe was simply not true today.accessiBe is morphing and improving at an incredible rate. What I discovered most of all was that accessiBe’s founders had a vision about which they were committed and excited to bring into the world. This vision is to make the web accessible by 2025. And so I became Chief Vision Officer.

Needless to say, I decided to join the company. I was quite intrigued with the product, and I knew that because of my experiences dealing with other products and how they were accepted, or not, by people, I thought that I could be a contributor to addressing the issues and helping people understand what accessiBe was and what was not.

What I also realized was that the naysayers were exhibiting the exact same kinds of characteristics that I’d seen so many times before. They were used to doing things in one way and one way only. They were, in fact, against progress. Some of them may very well react to what I just said, but the reality is it is true. When we lock ourselves into only one way of thinking and assume that there is no other way to accomplish a task we are really missing one of the major traits possessed by humanity. accessiBe is a major advancement in addressing the need for society to become inclusive for all, including persons with disabilities. Yes, accessiBe is a product that works differently from accessible tools of the past. Any innovative company that works in a different way than what we are used to experiencing tends to be met with skepticism. Nevertheless, there is no arguing with the fact that today accessiBe has over 100,000 satisfied customers. Want to see it work? Visit my website. If you use a screen reader when you first load the site press the alt key followed by 0. This will make sure that accessiBe is turned off. If you are sighted, press the alt key followed by 9 which will activate a menu that will allow you to see the various profiles that address different kinds of disabilities. Back to the screen reader user. Scroll around the homepage. At some point on the screen, you will hear “menu has popup bio”. What you will discover is that you cannot activate the menu. As you continue to examine the page with your screen reader you won’t hear, but they’re there, descriptions of various images on the page.

Taking a line from my favorite Star Trek movie, at the end when Mr. Spock dies, his last words go something like “the needs of the many outweigh the needs of the one”. We all need accessiBe just as we will all need other new technologies in the future. Whether any technology is good or not depends on its eventual acceptance and the quality of the work accomplished by the people behind it. My life has been committed to encouraging people to keep an open mind about many things. Most of the world, for example, still thinks that blind people cannot work or accomplish tasks. The unemployment rate among employable blind people in the United States, according to the U.S. Census, for example, is a staggering 65%. The reality is this high unemployment rate is not because blind people cannot work is because most cited people and some blind people think that blind people cannot work and be competitive in society. This is false. As a society, we need to learn to do a better job of visioning. This starts with developing a fertile imagination and keeping an open mind about many things.

Technologies such as accessiBe are with us and are accomplishing many things that we never thought possible or practical. Our world is changing rapidly and the changes demand that we work to keep up. We are too quick to judge what we think doesn’t work rather than saying “why can’t this or that work?”. Like the rest of the accessiBe, I believe it is a worthwhile and achievable goal to make the entire Internet-accessible and inclusive by the year 2025. I also believe that blind persons and other persons with disabilities can, if we keep an open mind, be fully included as well. So, are you with me? I hope so. The world is going to continue to advance. Are you?